Some of those experiences out there when I was on the court .
I felt like I was being controlled by something else.
I felt like I was having an out-of-body experience.    (out of body 靈魂出竅)
I still have to pinch myself to really ... believe it.
Wait a minute, who is this kid? Where is he from? Already cut twice this season.
Wait! not drafted? Nobody thought he could play.
Sleeping on a teammate's couch.
Jeremy Lin came from nothing to greatness.
I didn't wanna play the piano.
Like every year, the recital would come around. (recital 演奏會)
I'd be pretty much playing the same song.
And they were just like, "This is not working. All he does is play basketball."
So ... they just let me play basketball.
He is just this little kid.
He just scores the basketball so well.
In high school, Jeremy was the best player here.
And Lin is gonna have to launch a twenty-five pull-up.
He banked it in!
Did he call that?
But yet, colleges weren't clamoring for him. (clamoring 叫嚷著,吵著)
He just didn't fit the mold.
People look at basketball players in terms of race.
College, it just got crazy.
Can you even open your eyes?
Can you see the scoreboard?
I was really interested in seeing for team would take the plunge and take this Asian-American player.
If I don't get drafted here, I probably won't get drafted.
Landry Fields.
He puts the order: God first, family second, basketball third.
It's more of "God is in all those things."
He was standing at the door, and he had tears in his eyes,
because the pressure was really getting to him.
And I remember he turned to me, and he said, "I don't know if I can keep doing this."
You don't get better if you win all the time.
You look at yourself more when you lose.
Lin has a chance to make history as the first Asian-American NBA player in the modern era.
This transcends sports.
That's all I dream about.
It's hitting the game winner and then doing some pose and then walking off.
Puts it up. Bang! Jeremy Lin from downtown!
You know, that's like all I did growing up.
I wanna know what that felt like. 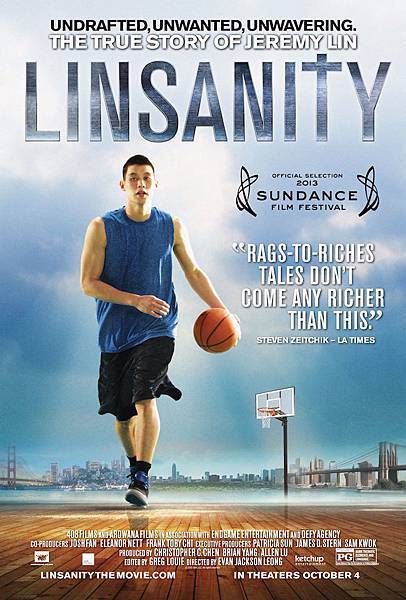