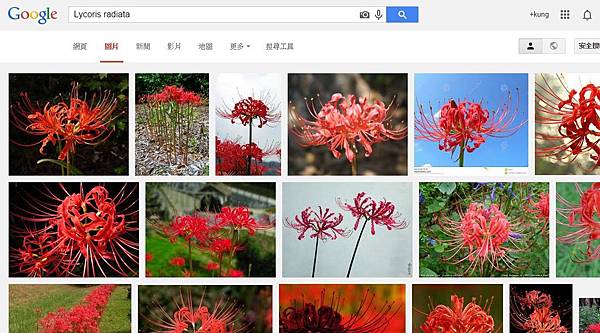 Lycoris radiata (red spider lily, red magic lily) is a plant in the amaryllis family, Amaryllidaceae, subfamily Amaryllidoideae. Originally from China, Korea and Nepal, it was introduced into Japan and from there to the United States and elsewhere. It is considered naturalized in Seychelles and in the Ryukyu Islands.It flowers in the late summer or autumn, often in response to heavy rainfall. The common name hurricane lily refers to this characteristic, as do other common names, such as resurrection lily; these may be used for the genus as a whole. wikipidea-